Features for Moomoo.io Ez Hat Switch Hack: Give yourself an advantage over the other players.

Details for Ez Hat Switch Hack: Use this to “ez”ly switch your hats during a MooMoo.io game. You can also customize what keys switch to a certain hat. You can add as many keys as you want and as many hats as you want. In case you do not know how to customize it (instructions in the code) or you just want to stick with the default hats/keys here are the hats/keys: 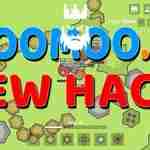 We use cookies to personalise content and ads, to provide social media features and to analyse our traffic. We also share information about your use of our site with our social media, advertising and analytics partners.
See Detail Accept